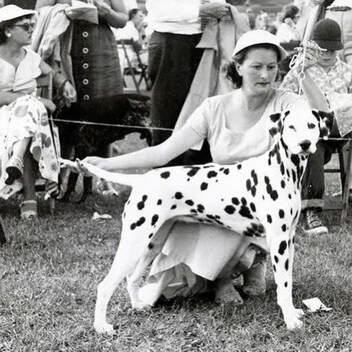 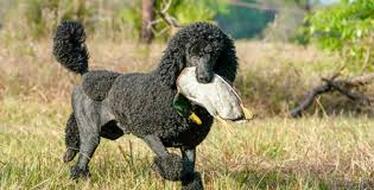 ​The Standard Poodle...originally comes from Germany. He was mostly bred as a duck hunting dog. The funny thing is that the Poodle’s famous haircut is actually a carry-over from his duck hunting days. Poodles were bred to swim in very cold water to retrieve ducks for their owners. The thick curly hair was grown out in areas that would protect their bodies when swimming in the water. ​While shaved in certain areas so that it would not get in the way. Later, this haircut became popular with the Poodle show-dog look.

​Personality...The Poodle is very well known for his intelligence; Loves to prance and show off. He does very well in a family and seems to enjoy other dogs. He does have a hunting background, so people who have smaller pets should not leave their Poodle alone with them (such as cats!) The Poodle, unlike the Dalmatian, requires much more upkeep. He has a very thick and curly coat and needs to be kept brushed and groomed to keep his thick, curly hair from matting. The Poodle does not shed. He has a life span of 12-15 years. 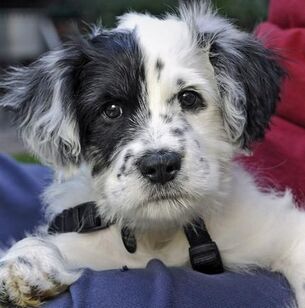 ​​The Dalmadoodle...
So what will the Dalmadoodle be like? Dalmatian crossbreeds and Poodle crossbreeds are known
to be very intelligent dogs, so you can expect your Dalmadoodle to be smart as well.  Dalmadoodles should have either very minimal to non-shedding hair, making them great for those who have allergies. Both the Poodle and Dalmatian make great family pets, so you should expect that your Dalmadoodle will be as well.  Grooming will depend on what that particular puppy inherits from his parents.  Some may require hardly any brushing (taking after the Dalmatian) and others may require quite a bit of brushing (taking after the Poodle).  Either way, you should still expect a great, loyal, smart, and adorable family dog!